I wonder what League Two  gates will be?

[You must be registered and logged in to see this link.] wrote:We might scrape a draw, but probably not.


I wonder what League Two  gates will be?

I think we'll keep the core support next season, fail to go up though and it will drastically be reduced.

Wycombe are currently 4th in the table and are just three points off top spot, having played 31 games already this season.

Their form has been up and down in the league as of late, with two wins in their last five league games.

In his pre-match press conference with bwfc.co.uk, Wanderers manager Keith Hill explained that Aristote Nsiala will be a game time decision for tomorrow’s game, after suffering a concussion against Coventry City last weekend.

Ronan Darcy is currently side-lined with injury and will miss out, with Dennis Politic expected to be available for selection after missing the Doncaster away clash due to illness.

Historically, Bolton have only faced Wycombe on just one occasion, on the opening day of this season.

In that game, Wycombe took the three points in a 2-0 victory.

As usual, match updates will be provided by the club’s official twitter account (@OfficialBWFC). We will keep you up to date with the action to ensure you don’t miss a kick – delivering a match report shortly after the final whistle with post-match reaction from manager, Keith Hill.

Live commentary will also be available by the iFollow BWFC channel (subscribe via the website), with the BBC Radio Manchester team providing the coverage.

Wycombe come into the game as favourites at the time of writing according to Sky Bet, and are being priced at 6/5 to win the game.

Wanderers are regarded as underdogs and are priced at 21/10 to win the game, with a draw being priced at 9/4.

Man in the Middle

Saturday afternoon’s match will be officiated by Gareth Salisbury. He will be assisted by David Benton and Lisa Rashid with Chris Isherwood appointed as the fourth official.

Salisbury has officiated 25 matches this season, with the most recent being a 3-0 home victory for Sunderland against Rochdale last Tuesday.

The target man has been a great asset for Gareth Ainsworth’s side, chipping in with eight goals this season so far.

The forward started out his career in Lithuania, at FK Atlantas in 2001 and after two years in Eastern Europe, returned to the UK to join Barry Town.

In his career, the 37-year-old has been with various teams, from Boston United to Swansea City and is known for being one of the strongest players in the Football League.

[You must be registered and logged in to see this link.] wrote:Does anybody know the length of Hill's contract?

Don't actually know if he's got one, but after the last 2 months I'd say about 6 hours from now.

Wanderers were defeated earlier today as promotion chasing Wycombe Wanderers earned a 2-0 win at the University of Bolton Stadium.

Joe Jacobson’s second half penalty secured the points and ended Wycombe’s losing run away from home, last picking up a point on their travels with a draw at Ipswich, in November last year.

It was a bright start for Bolton on a gloomy Saturday afternoon and Daryl Murphy missed a chance within the opening minutes to give Wanderers the lead after receiving the ball from Dennis Politic – making his return to the team after a bout of illness.

Just beyond the 10-minute mark, Murphy saw a strike from 20 yards out, which went just wide of the goal.

A left-footed shot from Ethan Hamilton caused Ryan Allsop to make a comfortable save with Wanderers going in search of an opening goal.

Jason McCarthy’s cross managed to reach Fred Onyedinma as he headed it towards the target but was saved by a ready Remi Matthews.

Shortly afterwards, another save by Matthews with help from Aristote Nsiala, stopped the home side from going a goal down, as he got in the way of a shot from Fred Onyedinma.

There was appeals for handball against Bolton inside the box, and it caused uproar from the away crowd as the ball hit Daryl Murphy’s arm inside the box but was waved away by the referee Graham Salisbury.

On the stroke of half time, a header from Josh Emmanuel onto Aristote Nsiala’s arm caused the away side to go ahead, with Matthews unable to get back on his feet on time, after he had managed to initially keep Jason McCarthy’s cross at bay.

Joe Dodoo came on for Josh Emmanuel at the break and shortly into the second half, Jack Hobbs managed to get on the end of a corner crossed in by Ethan Hamilton, but the ball ended in the hands of Allsop much to the away side’s relief.

Chris O’Grady spurned a chance to put the sides back level shortly afterwards and then Wycombe doubled their advantage.

Joe Jacobson grasped the chance to put his team two-up up as he stepped up to the spot to take a penalty given away by Remi Matthews.

Keith Hill made a double change in the 68th minute as Chris O’Grady and Brandon Fleming were replaced by Jacob Mellis and Joe Bunney who came on for his Wanderers debut.

Bolton fought on with a shot from the edge of the box from Dennis Politic, which was deflected behind for another corner for Hill’s side.

Bolton looked hopeful to half the deficit in the latter stages, but a hopeful shot from Daryl Murphy was blocked.

Gareth Ainsworth’s side saw out the victory and headed back south with three points.

Posts : 12630
Join date : 2012-11-30
Age : 48
Location : Burnage, Manchester
Very poor performance all round! Nsiala had a poor game and kept letting the ball bounce in front of him and the midfield are just shocking. They can't pass for toffee and couldn't string 3 passes together all game.

O'Grady was poor as well and the front 3 had no goal threat at all. A waste of a Saturday afternoon especially with the bad weather. 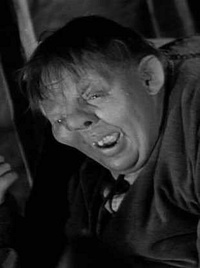 Posts : 1853
Join date : 2015-11-17
Age : 71
Location : Poulton-le- Fylde
Can someone please tell John McGinley to stop putting a positive spin on the team performance  when commenting on the the match on the radio. Yesterday he said it was great to see the team playing passing one-touch football in the first half.

Posts : 17325
Join date : 2012-01-12
Missed the game this weekend as I was away having a "cultural weekend" with the missus so I've just seen the "highlights" and stats. Did Bunney look the part when he came on? And is Mellis any use?

Posts : 2506
Join date : 2012-04-17
Location : Pittsburgh, Pennsylvania
I'm not sure what some on here expect.....we will be lucky to win another game and it's squarely the EFL's fault not Keith's.
Next season we will have at least 6 new players - who themselves will be rejects and castoffs or out of contract players. Until we are free of the embargo we are fooked IMO.

[You must be registered and logged in to see this link.] wrote:Missed the game this weekend as I was away having a "cultural weekend" with the missus so I've just seen the "highlights" and stats. Did Bunney look the part when he came on? And is Mellis any use?

Neither were on long enough to really judge them but they have both come from league 2 teams so if they stay will be getting a game next season.