Rather than leave and deprive yourself of the wizardry of most Nutters and the news about the football club we all support, why don't you block those you choose to and can,..... and simply don't click on the posts of those you would reject, given the chance?

Otherwise, you would be sorely missed with your mix of wit and wisdom and general good nature.

Hopefully Boncey will be calming down with a nice brew and a carrs pasty! 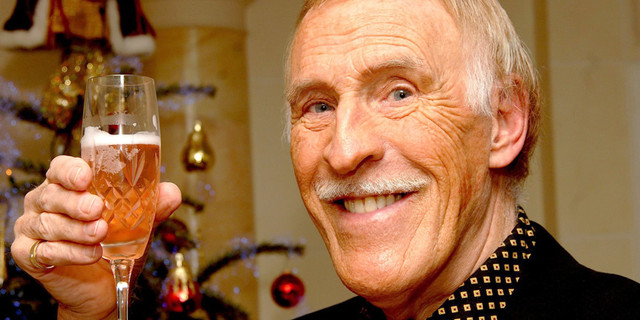 Seconded - and you know perfectly well that everyone enjoys your company and witticisms on here.

"He's not worth it Dave"

Rather than leave and deprive yourself of the wizardry of most Nutters and the news about the football club we all support, why don't you block those you choose to and can, and totally ignore the posts of those you can't, but wish you could (i.e don't click on them)?

Otherwise, you would be sorely missed with your mix of wit and wisdom and general good nature.

I totally agree with Okocha.  ( A rare event )

Not sure about the wisdom though.

I think most of the few remaining posters on here know just where you're coming from Bonce mate, but like Lusty says, he's definitely not worth it.

There are twelve runners and Harry Cobden is booked to ride.

Paul Nicholls says Hacker Des Places came out of his last race at Kempton in good form, and he thinks we will learn much more about him here. Paul says he jumped well at Kempton and the run blew away a few cobwebs, but this race should give us more of an idea whether he is well handicapped or not. Paul says there are some decent horses in this race [as you would expect for the prize money], and he hopes for a positive effort from Hacker Des Places at Lingfield.

Our View: Gowel Road won his penultimate race at Cheltenham (2m5f) and finished third (of four) in a Listed handicap hurdle when last seen at Newbury in November. He has won over 2m on heavy ground before and carries top weight. Metier won the Grade 1 Tolworth Hurdle last season, and hinted at a return to form by finishing fourth at Ascot before Christmas. Lucky Max has won his last three races in Ireland, but has risen an astounding 40lb in the weights in the process. Hudson De Grugy is a decent hurdler who won over this course and distance last time. He also loves Sandown and there could be more to come from him. Antunes returns to action following a wind operation, after three disappointing efforts. Mack The Man won his penultimate race at Exeter and is down 2lb after disappointing at Sandown last time. He has coped with testing ground in the past. Carrarea is an Irish bumper (Flat race for Jumps horses) winner who is a maiden over hurdles. Chti Balko and Thibault are often placed, but are hard to win with.

Hacker Des Places may have been in Britain for some 18 months or more, but it is still very hard to know what he is capable of. He was very impressive when winning at Wetherby in December 2020, but has only run once since. Paul was pleased with his comeback run at Kempton last month, and naturally hopes to see some improvement here. This is a very tough contest (as you would expect for the £100,000 prize money), and we hope he is capable of running well. In truth, we are still learning about Hacker Des Places, and therefore consider a value price to be 12/1.

There are five runners and Harry Cobden is booked to ride.

Paul Nicholls says Calva D'Auge is in good form at home and he has been freshened up since his last race in November. Paul says he is pleased to run Calva D'Auge in a race with only a few runners, and without the burden of carrying top weight. Paul says he is a very versatile and genuine horse who has only proven he stays 3m on fast ground so far, but he feels 3m is his best trip nowadays, even on more testing ground. Paul says this race is not as competitive as he imagined it might be, considering the prize money on offer, and he hopes Calva D'Auge is capable of running another solid race.

Our View: Dan McGrue is rated 30lb below Calva D'Auge and has a mountain to climb here, although conditions should suit him. Emitom was once a very promising staying hurdler who has been placed in his last two chases. He reverts to hurdling here, but is difficult to predict nowadays. On The Blind Side is top-rated on 148, so is 3lb better off at the weights (based on official ratings) with Calva D'Auge (who is rated 145) as this race is run at level weights. He has won over this distance on heavy ground before. He ran well at Newbury in November, but has been disappointing in his last two races. Top Ville Ben has not won over hurdles since December 2017, and is better known as a chaser nowadays. He finished third in the Roland Meyrick Chase at Wetherby last time.

Calva D'Auge won his penultimate race at Kempton (2m5f, good), but has also won from 2m to 3m and on fast and heavy ground. We hope returning to this longer distance will help him, and we imagine that Harry Cobden will keep things very simple by setting a steady gallop, if allowed to by the other runners. Calva D'Auge has been freshened up since his last race at Newbury in November, and we hope for another decent run on Friday. We consider a value price to be 7/2.

Calva D'Auge is a NON RUNNER at Lingfield today (21 January) as he was found to be lame when given his breakfast this morning.

Bonce, you are missed on here, even Bob says so.

Hope to see you back soon.