I know that today the world is busy laughing at the government’s “grass up thy neighbour” scheme, but there are a few things going relatively under the radar that suggest that the fallout from Brexit might bE starting a few months early.

The EU today delayed a decision on currency exchange that may be the start of them bankrupting the U.K.- which of course they can if they were so minded.
And there’s a report come out that U.K. employers are planning redundancies at twice the rate of the last recession.
Plus the government has announced plans to fine truck drivers £300 for entering Kent without the necessary export documentation.

I know the Brexit cliff edge is still a few months off, but today there were a few signs it might be starting to happen earlier - perhaps prompted by Johnson’s law breaking proposal.

Update:official government report warns the transport industry to expect queues of up to 7000 vehicles in Kent waiting to cross the channel by the end of January. They estimate it will take TWO DAYS to reach the front of the queue.

Ironic since they were warned of this 4 years ago but at least we’ll be taking back control of the queue.

Despite 5 former Prime Ministers and a bunch of former Attorneys General warning against approving the U.K. breaking international agreements and breaking international law, plus the USSenate threatening to block a trade deal with the U.K. it looks like the Internal Markets Bill will get the go ahead later tonight. After threats had been handed out by the party whip only 15 Tory MPs are likely to abstain and none are likely to vote against the government.

Hip Priest wrote:
You've got the wrong end of the stick. The conclusion I am referring to is not whether or not Wander is or isn't a negative fucker. It is your totally unfounded conclusion that you know "what we all think."

He knew that. Obviously.

So the lemmings in Parliament fell into line and passed the bill as expected and this will affect us all - especially the goods we buy and the food we eat.
The bill opens the door for the rigorous EU standards on food production, ethical sourcing, ingredients, treatment of animals in food production, manufacturing safety, treatment of employees, minimum wage etc to be dropped.
In effect, all British nations will now be forced to accept The standards set by any of the others whether it’s pig’s ringpieces in pork pies, unsafe children’s toys, sweat shop produced goods - and these will be sweatshops in the U.K. not in Asia - etc etc
With tariffs being applied to imported European goods people on low incomes will be increasingly forced to buy British goods which will plummet in quality over the next years as market forces and internal competition will drive down standards to the lowest common denominator.

Exactly the type of economy they are striving for.
And a return to the Victorian world the nation voted for - but without an empire.

The governments law breaking Market Bill was passed this week. So British Law doesnt apply to any of us now if we dont want it to. We can live outside UK law with Bojo and Cummings.
I am chartering a Galleon, installing cannons onto it, and heading for Spanish waters.

Government announces that almost 700 thousand jobs were lost in the last few months. Obviously it could have been a lot worse but for the furlough scheme, but that ends next month so we’ll get an idea of the true figure then.

Germany and a bunch of other countries have furlough schemes that last two years, some countries schemes are for a year - ours just 8 months and I’m questioning the wisdom of that especially with the Brexit cliff edge coming soon.

If the whole point of furlough is to retain trained staff until business picks up again, why stop it now?

Another example of government priorities:

sunlight wrote:The governments law breaking Market Bill was passed this week. So British Law doesnt apply to any of us now if we dont want it to. We can live outside UK law with Bojo and Cummings.

Only yesterday Kit Malthouse the Minister of State for Crime and Policing made it clear that there is no need to follow the letter of the law as long as you follow the "spirit and intent". Well I guess that works for people like him, Boris and Cummings but see how that works for you next time you break the law.

If the whole point of furlough is to retain trained staff until business picks up again, why stop it now?

And we all know the answer to that. When the Tories get in power they shut everything down and do nothing.
They make sure that they put the working class back into the dirt, while lining the pockets of the wealthy.


Only yesterday Kit Malthouse the Minister of State for Crime and Policing made it clear that there is no need to follow the letter of the law as long as you follow the "spirit and intent". Well I guess that works for people like him, Boris and Cummings but see how that works for you next time you break the law.

Pass that one on to the Barristers to get us all off.

Missus tells me Ken Clarke tweeted he was contemplating whether drinking a bootle of Famous Grouse constitutes a shooting party and could he have more than six mates round his house?

And this afternoon the Tories accidentally waved through a Labour amendment to a bill - presumably they didn’t realise what they were voting for again?

Hitachi are readying to pull out of the Anglesey nuclear power project after failing to make an agreement with the U.K. government. Not great reading after seeing today’s unemployment figures.

With a sense of irony worthy of the Bard himself, a spokesman said “So much for their 100 year commitment. This is deeply dishonourable.”

They tried to protect him but that Tory MP was today sentenced to 2 years for sexual assault.

Good post, Norpig....and here is what ministers are now having to do to try to convince possible trading partners that our word can actually be trusted:-

"Foreign Secretary Dominic Raab is in Washington where he is expected to try to reassure US politicians about the latest Brexit twist.
Some US politicians are concerned about the UK government's plan to override parts of the Brexit divorce deal.
Mr Raab will meet US Speaker Nancy Pelosi, who last week said there would be no UK-US trade deal if the Northern Ireland peace agreement was undermined."   (BBC website) 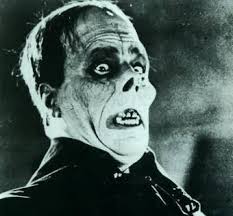 The US need to realise that due to their Presidents endeavours, their standing in the world has diminished considerably, and any threat from an ageing leader of the House, doesn't carry as much weight as it used to. Also, treating their oldest partner in such a way will not help in the longer term.