Wanderers have launched an appeal against MJ Williams’ red card against Stevenage.

The midfielder was sent off by referee Trevor Kettle in the 77th minute of Saturday’s 1-0 win but Wanderers feel the decision was unjust.

Williams currently stands to miss the next three games against Mansfield, Southend and Scunthorpe, but a case has now been submitted to the FA’s disciplinary panel to have the decision overturned.

Bolton saw Marcus Maddison’s red card wiped out last week after he had wrongly been sent off on his debut against Morecambe.

Evatt hopes to use the feeling of injustice in the camp to fuel a performance on Wednesday night at Field Mill.

“At the minute, we seem to be on the rough end of every decision,” he said. “But they say things even themselves out in football so hopefully for the next 19 games we either get a penalty or a red card for us.

“That’s how it feels at the minute, it’s kind of us against the world, but we have to have that siege mentality and go again on Wednesday.”

Evatt also dished out some praise to his centre-halves Ricardo Santos and Alex Baptiste for helping protect a clean sheet against Stevenage.

“They were excellent and at times this season they’ve both come in for a bit of stick, but they’re both playing really well at the moment,” he said. “We’re nowhere near where we want to be so well done against Stevenage for defending your box well, but let’s go to Mansfield on Wednesday and back that up.

“If we can keep backing it up and being secure and solid and defending set pieces like we’ve done against Stevenage, we have the forward players now to cause teams problems.”

Just shows the standard of refs at this level is awful. Why is nothing ever done about them as their decisions can cost teams points and have an effect on promotion and relegation. I thought there were meant to be assessors at every game so how do these jokers get away with it?

They're getting nasty now.

They do have a lot to purrup wi!
Wasn't that young Kioso's leg that Judge dived over, trying to con the ref?

That ref looks like Father Macphail from 'His Dark Materials'. Scary 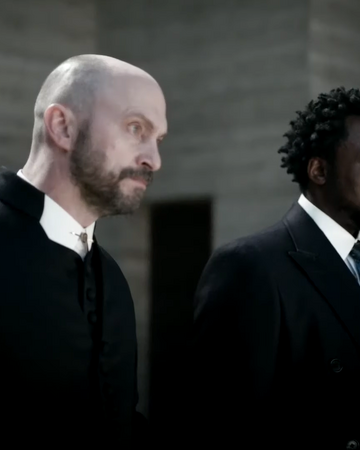