Should offside be scrapped?

Just read this interesting article and although it sounds fairly reasonable i can't see it happening.

The offside rule needs to be changed especially with VAR, players being offside by a big toe or something else as ridiculous is ruining the game. The attacking side should get the advantage in those circumstances i think.

Anyway it's a good read, people might say Van Basten as a striker is just looking for more of an advantage during games but would that be such a bad thing?

No, offside should not be scrapped but VAR clearly needs to be changed.

For me I'd like to see a sort of cricket style interpretation of the rules where an umpire makes an 'on-field' decision and then video evidance is looked at.  If the video clearly shows what happened, then that is the outcome of the event, however if it isn't - say someones big toe is 3mm offside - then you stick with the ref's on field decision.

I'd also look at the ridiculous handball rules we have now.

For it to be handball there should be shown some deliberate attempt to stop the ball using their arm/hand.

It's ridiculous that players have the ball blasted against their arm from two inches away and for that to be deemed a penalty.

And fwiw the handball rule is clearly judged differently during a game if it happens when not leading up to a goal or penalty - how can you stop the ball by accident and not be penalised and do exactly the same two seconds later and give away a penalty and the only thing that changed in the meantime is where abouts on the pitch you were stood at the time?

Again I would go for the 'on field' ref decission and it only being overridden by VAR if 'clear intentent' can be seen.

Bring some sense back into the game.

When they changed the offside rules last time out players had to adapt and they did so.
It used to be ridiculous when a goal was ruled out because some bloke was on the touchline and had nothing to do with the goal or was slow getting back having just taken a corner but was deemed to be offside. So if players are offside by a whisker they need to adapt and improve - they know the rules after all.

If offside is scrapped altogether, strikers will goal hang and defenders will have to drop back to mark them so play will be deeper, games will be stretched so there'll be less chance of fluent moves and exiciting football - and probably less goals.
Tactics will change dramatically and it won't resemble footie as we know it.

The VAR system is fine but they just need to change the criteria, ensure standardisation amongst refs and basically get it right more often. Personally I'm for the "did they get an unfair advantage from it" approach.
And FWIW there have always been bad decisions - it's just that with VAR they are more apparent than ever. Look at Scotland's penalty claim tonight in a game played without VAR. Terrible decision.

Jordan Henderson admitted he would rather play without VAR after it once again became the talking point from Liverpool’s draw at Brighton.

Goal struck off because this was deemed to be offside! 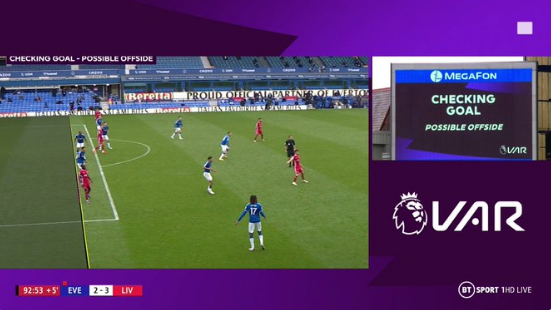 Goal struck off because his arm was deemed to be offside and all the player was doing was 'pointing' towards where he wanted the ball to be played to! 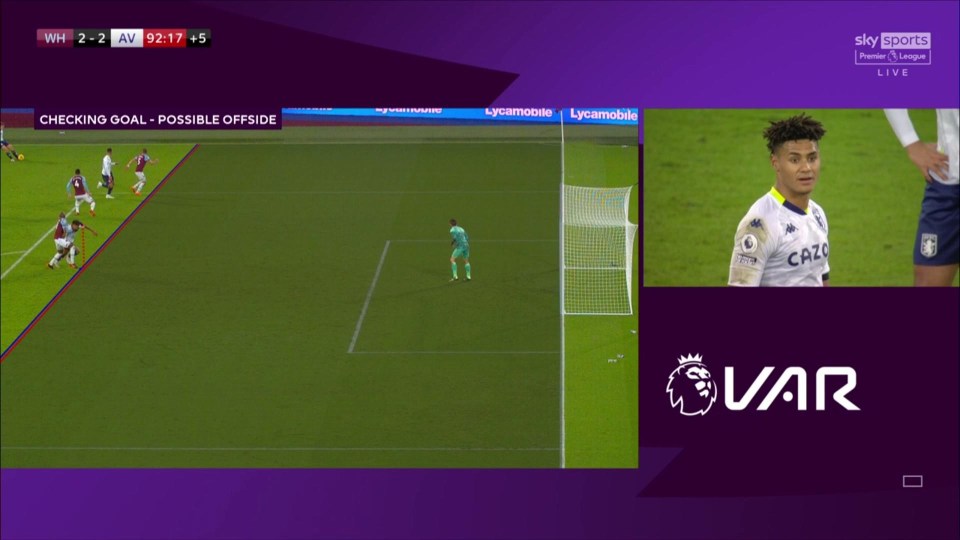 As for VAR, I’ve shared my views before and it’s now just getting borderline embarrassing with some off the decisions. Ruining the game 🥴

New rules and new technology were supposed to reduce the number of controversial incidents in the Premier League, but players and managers appeared to be just as frustrated with refereeing decisions after a number of incidents on Saturday.

Manchester City had a goal ruled out for handball in their defeat at Tottenham, Aston Villa saw a late penalty decision overturned via VAR in their loss to Brighton, while similar incidents cost West Brom at both ends of the pitch as they were beaten 1-0 at Manchester United.

What they say about VAR

Former Manchester United defender and Sky Sports pundit Gary Neville: "[Referees] look like they have been programmed like robots. They are briefed like mad, they are programmed to the nth degree, they are frightened to death."

Tottenham manager Jose Mourinho: "We're going in a direction that's really bad for the beautiful game, the game that everybody fell in love with."

Former Tottenham and Newcastle midfielder and Match of the Day pundit Jermaine Jenas: "The players and managers have been unbelievable in mentally getting over these hurdles that VAR has thrown at them. It's supposed to help the game, and it's making it far worse."

Sick of VAR. In its present state it is killing the game. It’s being used to referee the game rather than something in the background to correct the absolute howler. Was always going to take time to settle down but they couldn’t be getting it more wrong than they currently are.

I could go on for hours quoting loads of players (past and present) who are unhappy with VAR but Wanderlust again knows better than anyone else!!!!

There's nothing wrong with VAR, it's simply badly administered. You can't blame the car if the driver is pissed.
Offside should be decided on where the feet are, simple.

I have no issue with VAR as such, it needed to come in but it is being badly used or not used as the case may be. It is better that the ref now looks at the monitor more and can make his own decisions but it's still far from perfect.

Fact is in the examples cited above they were offside. End of.

Just because they timed their runs badly despite being fully aware of the criteria doesn’t give them any reason to complain- about their own poor play.

Offside requires a line and just because VAR measures it accurately they should adjust their play accordingly rather than trying to get an unfair advantage by going early.

That said I agree with Bonce that the line should be where their feet are - it is football after all - but that’s a rule change and nothing to do with VAR.

Nothing wrong with the technology. It's the interpretation and administration of it that need amendment and refinement. Too many decisions are still ridiculous. Common sense needed.

It is perfect for tennis and pretty good for cricket but again interpretation and application need some adjustment.

Just as concerning for me is the reaction of players....eg waving imaginary cards, diving, surrounding/arguing with the ref (adopt rugby union's approach to this!)

Incidentally, I hate all the holding and shoving in the box at free kicks and corners. I thought the authorities were determined to clamp down on this. That's just not happened. Var could help here.

VAR is terrible. A game of passion is being turned into a game of lines and millimetres.

Football is supposed to be entertainment, not an exact science. Fook VAR off now.

If they must insist on keeping it, give each team one VAR referral per 90 minutes. It'll cut out the obvious errors without adding 20 minutes to injury time looking at every single shot or foul.

wanderlust wrote:Fact is in the examples cited above they were offside. End of.

Just because they timed their runs badly despite being fully aware of the criteria doesn’t give them any reason to complain- about their own poor play.

Offside requires a line and just because VAR measures it accurately they should adjust their play accordingly rather than trying to get an unfair advantage by going early.

That said I agree with Bonce that the line should be where their feet are - it is football after all - but that’s a rule change and nothing to do with VAR.

You don't half tickle me in your contortions to attempt cover up what you said was wrong or silly.

Nobody at all believes goals should be ruled out for someones big toe being 3mm offside - in fact the naked eye can't even see it.

Their "poor play" and "unfair advantage" over 3mm!!!

There was even one with an attacker with his back to goal who again was about 3mm offside and a goal was struck of because of it - how the hell was that giving him an unfair advantage???

As I've said above and everybody else since (apart from Natasha) VAR needs to be changed and I suggested they do so in the way cricket has where the umpire makes his decision on the pitch and that stands unless the VAR equivalent clearly shows the decision was wrong.  Thus the margin of error being in the eye of the ref and not the VAR operator.

This would cut out all the silly (but technically correct) decisions of someones big toenail, being offside.

You might as well go and watch e-sports football if you really believe technology based systems measuring things the human eye can't even detect is how you want the game to be played.


'Poor play' and 'unfair advantage' over 3mm - I'm still chuckling at that!!!

Re: Should offside be scrapped?