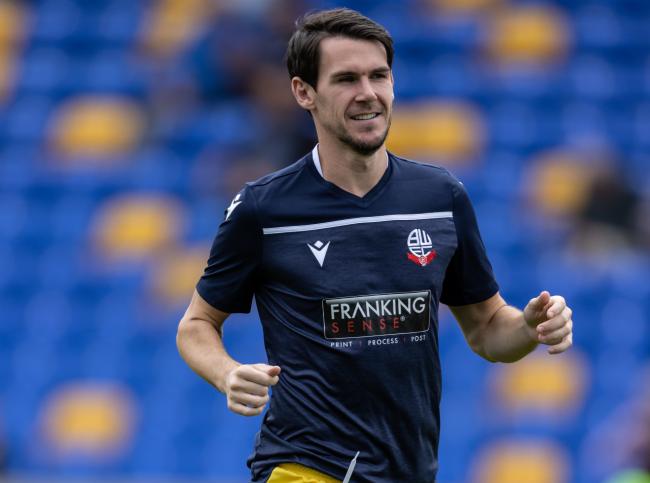 The Bolton boss looks ready to call on experienced heads like Kieran Lee, Alex Baptiste and Nathan Delfouneso to keep his side fresh at the DW Stadium, where a place in the third round is at stake.

Wanderers have not won on Wigan soil in a decade – and though Evatt knows what local pride is at stake, he hopes to use the occasion to his advantage.

“You can say all of the cliches you want, and I have read book after book about this,” he said. “The facts are that you can’t take emotion out of it, only manage it and focus on the individual and collective job. It’s about making sure you don’t let anyone down, really.

“You have to play with emotion. The minute you stop feeling it, you are in the wrong sport. It should get you nervous and your pulse racing because that is what it is all about.

“Nearly 5,000 Bolton fans shouting and screaming should make sure you are up for it.

“My job is easy – I’ll pick the team but I won’t have to say much else because the boys know what this means to the fanbase and how much they want to win.

Picking between the players who are keen to sample the atmosphere of a Lancashire derby and those who need game time has been a tricky job this week for Evatt.

“It hasn’t been easy because either way I probably can’t win,” he said.

“That is the life of a manager and I’ll take it on the chin, either way.

Evatt hopes both Bolton and Wigan fans will create a good atmosphere tonight – and provide a reminder of what we were missing during lockdown.

“Rivalry is good for the sport and what we have missed during the pandemic is that clash,” he said.

“It ended up being a keyboard fight on social media, rather than fans shouting and screaming.

“We want that – but there are ways to support your team and I am very confident our fans will do it the right way.”