'I needed to move on' - Josh Sheehan explains switch from Newport 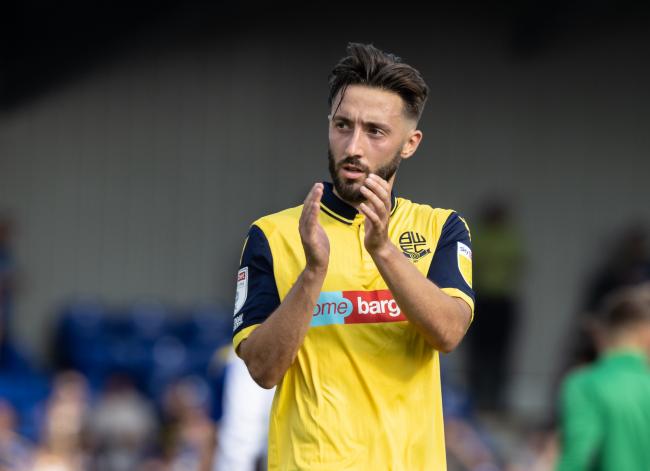 The midfielder has made an eye-catching start at the UniBol, helping Ian Evatt’s side stay unbeaten in the league and scoring a classy free-kick on the opening weekend against MK Dons.

There was another reason for Sheehan look elsewhere in the summer after being voted into League Two’s team of the year, however, and that was to catch the eye of his country once again.

Called up in November 2020 for a series of friendlies against Finland, the US and the Republic of Ireland, Sheehan missed out on the Euros and is now on standby for the Wales squad, under the caretaker charge of Robert Page.

The 26-year-old had spent five seasons with Newport but recognised that he would have to be playing regular football at a higher level if he was to fully realise his international ambitions.

“It was definitely the right time (to leave Newport) because of everything really but with Wales, I got a call-up and have ambitions to go further with them,” he said.

Sheehan has been quickly embraced by the Bolton fans and a dressing room containing a handful of others with designs on impressing the Welsh selectors this season.

Does the midfielder feel like he has found a home from home in Lancashire?

“Yeah, I really do,” he told the club. “Obviously I knew a few of the lads from the Wales set-up and played with them throughout the years. That makes it easy to open up a conversation with anyone, about either when I have played with or against any of them.

“I was quite confident coming into the group that I knew a couple, but honestly, even with the boys I have never spoken to before, I got on with them all straight away.

“I really feel like that has helped me settle in so fast. I couldn’t have asked for a better set of lads.”

Sheehan has a waiting brief for Wales' friendly against Finland, followed by World Cup qualifiers against Belarus and Estonia and could be drafted in at short notice but says he is yet to reach his top form in a Whites shirt.

Ian Evatt has also remarked that Sheehan’s game can improve, freed from some of the pressures of being a sole creator in Newport’s midfield.

“I feel like it has been an easy transition, settling in, and maybe that is what has helped me out on the pitch? I have enjoyed it but there is a lot more to come.

“That’s exactly what I wanted to do, settle in quickly and not have struggling to settle as an excuse for any poor form.

“I wanted none of that and to get back into football on a roll, as I know what I can do and what I can bring to the team. I am glad I can show that to everyone.

“Maybe on a personal note I still think I could have played better than I have so far.

“To score that goal against MK Dons is something you dream about doing on your debut, where you hope to make an impact like that.

“Especially to do it in the first competitive game back with such a large crowd, who continuously made noise, it was just the perfect moment.

“I do feel like I could play better but that gives me a lot of confidence to know I can do much more.”

Wanderers head to Cambridge United this weekend looking for a third consecutive victory in League One, cementing their place in the top seven.

Bookmakers had Evatt’s side as one of the dark horses for promotion in a competitive division before a ball was kicked, and Sheehan is pleased to see they have made a positive start.

“I feel like we can go as far as we want and it is just about us being on our game,” he said.

“I think we just need to be confident and consistent; we can compete with anyone in this league.

“The fans have been unbelievable, they don’t stop singing the whole game.

“They are consistently there offering words of encouragement, which really does help.

“Like against Lincoln, we went out there feeling confident and comfortable to dominate the second half, and the crowd certainly gave us that competitive edge.

“They have been unbelievable to me, personally, as well.”

The last time a Bolton side won a league game in Cambridge was May 1985 when Roger Walker, George Oghani and Tony Caldwell were on the scoresheet.

Wanderers did win an FA Cup fifth round game at the Abbey Stadium in 2000, with Bob Taylor scoring twice.