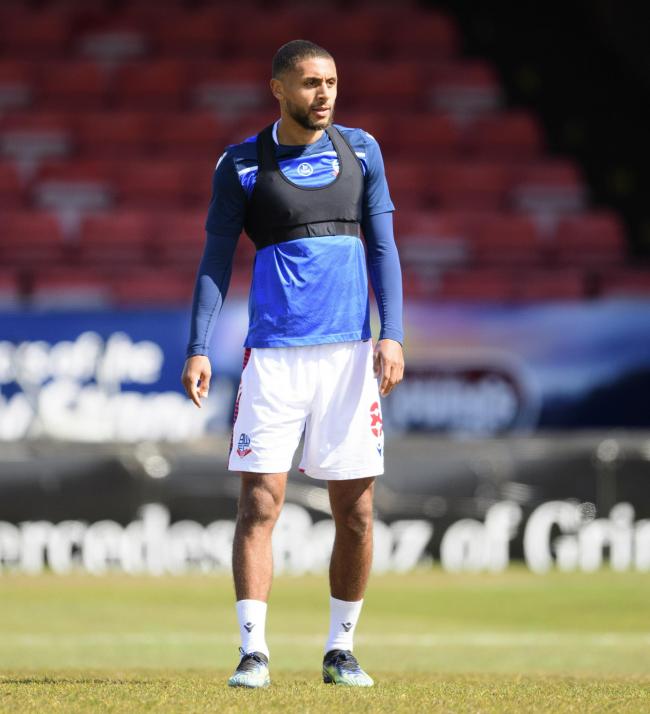 Ian Evatt has mapped out a route to first team football for Brandon Comley after a move away from Wanderers failed to materialise.

League Two Leyton Orient had been interested in signing the midfielder right up to the bitter end of the transfer window, which closed on Tuesday night.

Comley has not featured for Bolton since appearing as a substitute in a 6-3 home defeat to Port Vale in December, and he has since fallen behind the likes of MJ Williams, George Thomason, Josh Sheehan and Andy Tutte in the reckoning for a midfield pivot spot.

Despite being touted for a move throughout July and August, Evatt hinted that Comley would be registered as a senior player when the club hand in their 22-man squad to the EFL this week.

“He has got to get his head down and work hard and, to be honest, there’s been no issues with that,” he told The Bolton News. “He has always trained well. He always gives his all, but as I said, that area of the team is really competitive.”

“So, for now, he has got to get his head down and work very hard in training to try and get in the team and in the squad.”

Andy Tutte featured for Wanderers for the first time this season in Tuesday night’s 3-2 victory against Port Vale in the Papa John’s Trophy.

Evatt was delighted with the midfielder’s contribution in a reshaped midfield with two deeper-lying men – Tutte and George Thomason – playing behind Nathan Delfouneso.

“Tuttey is a very good player,” Evatt said. “Someone who we can rely on. He’s a great character in the changing room and around the place. He’s a really good guy, but also a very good football player and sometimes that goes underestimated.

“He knows his role and he knows that area of the pitch is competitive so when he does get the chance, he needs to play like that and make sure he’s pushing the other lads and when he gets his opportunity, makes sure he takes it.

“Tonight we slightly changed it. Normally we’ll go with one pivot and two eights, but today we went with a double pivot and a 10. We’ve got that fluidity and option to be able to so that.

“Tonight I thought that worked quite well with the way we built.”

just come to some agreement to cancel his contract, he is so far down the pecking order he will never get a game. He didn't even get a spot on the bench for the Pizza cup so that shows what Evatt feels about him.

The few times he played last season he was very average and that's me being kind, He came with a reputation of someone who could pass the ball well but i never saw it happen very often.