Will panic buying make a comeback?

Government have just issued a plea for people to not panic buy petrol, this will probably have the opposite effect as people will now rush out and fill up.

Norpig wrote:Government have just issued a plea for people to not panic buy petrol, this will probably have the opposite effect as people will now rush out and fill up.

Further warnings on the lunchtime news but it's not clear what, if anything, the Government will do about it if this continues.

Licensed drivers who are not currently in the industry have made it clear that they are not interested in returning to the industry unless the UK upgrades driver facilities to something approaching the French Routier system i.e. with access to decent parking, food and accommodation.
The home office have ruled out easing the visa situation so that the European drivers who left could come back if they wanted to.
There are even some suggestions that the Army might get involved - although they're not really qualified to do it in a civilian context.

It's another shit show heading to a town near you by the look of things.

Been and filled up, just in case. Got a couple of trips to make to the office

BoltonTillIDie wrote:Been and filled up, just in case.  Got a couple of trips to make to the office

Looks like it’s back to stocking up on pot noodles, corned beef and booze not forgetting the bog roll! 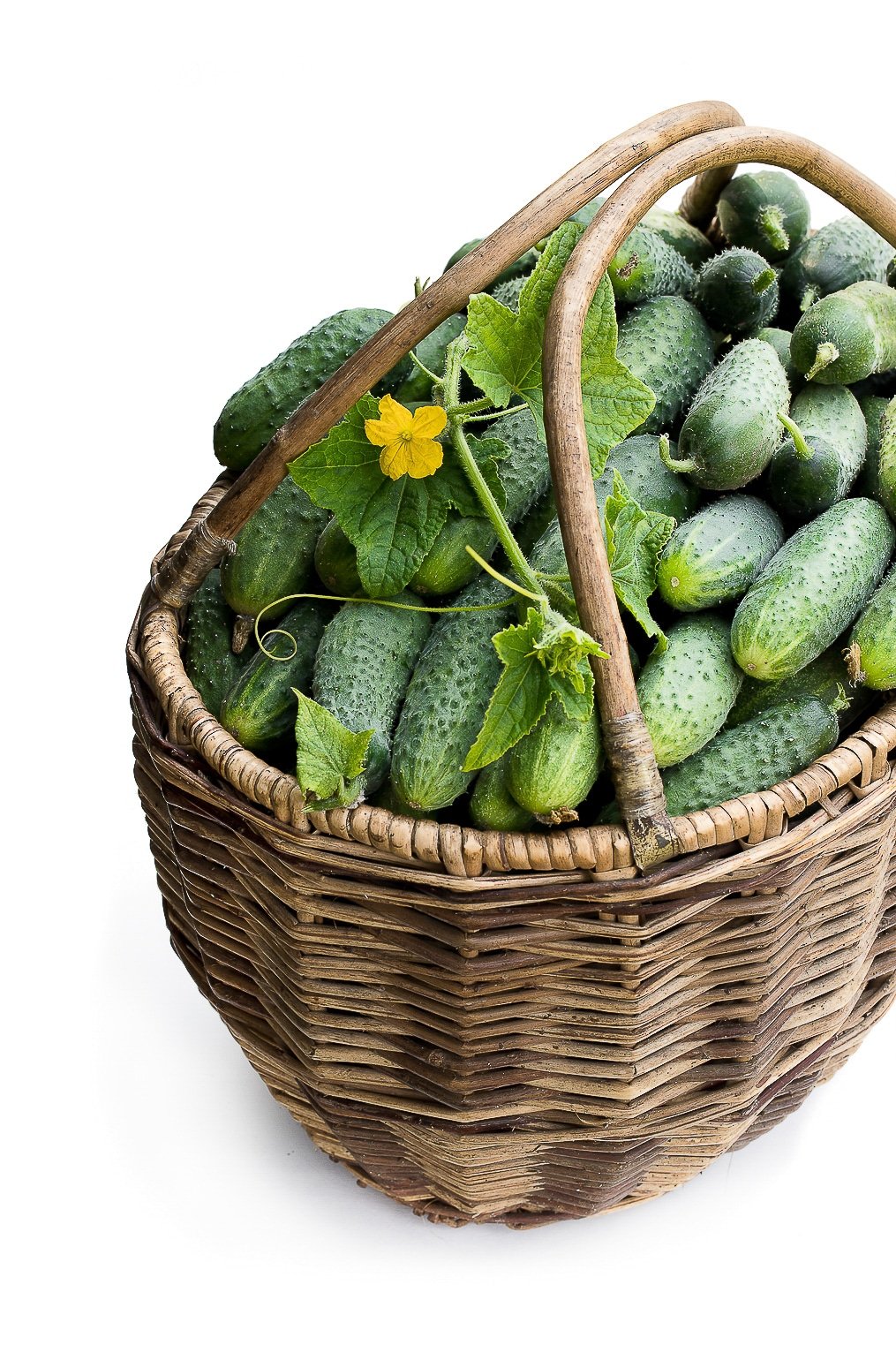 I panic bought my diesel yesterday.

Correction: Boris has made another U-turn and will now ease visa restrictions to allow up to 5K European drivers in. Whether they'll come back now or not is another story.
Veg pickers, hospitality industry staff, NHS workers and carers next? Bit late for veg pickers though. Drove through Lincolnshire last week and there were millions of tons of veg rotting in the fields.

Is the UK running out of petrol?

Oil companies, including Shell, ExxonMobil and Greenergy, have stressed that there is no petrol shortage, saying the pressures on supply were being caused by "temporary spikes in customer demand - not a national shortage of fuel".

A succession of government ministers have taken to the airwaves to make the same point.

"There isn't a shortage," Environment Secretary George Eustice said on Monday. "The most important thing is that people just buy petrol as they normally would."

"This would have been entirely manageable had we not seen lots of media coverage around the fact there were shortages - and then a public reaction to that."

Mr Eustice said the UK's fuel supply was at normal levels and the fears of disruption which had led to panic buying over recent days were unfounded.

"The only reason we don't have petrol in forecourts is because people are buying petrol when they don't need it," he said.

He said the lack of HGV drivers would have been "entirely manageable" if it were not for the reaction to media coverage about a limited number of forecourt closures.

Bloody idiots. I fill up every fortnight on a Monday morning. Half of Preston seemed to be out this morning. It's usually dead at 7am.

Why are people so stupid?

Natasha Whittam wrote:Bloody idiots. I fill up every fortnight on a Monday morning. Half of Preston seemed to be out this morning. It's usually dead at 7am.

Why are people so stupid?

How people have acted since covid has been on the scene has really emphasised to me just how utterly senseless and self entitled people have behaved - and I'm talking about an awful lot of people, probably the majority of the country.

My point being people KNOW how to avoid catching it - keep your distance, wear a mask in places like shops or on the train, wash your hands, etc - not hard or difficult things to do but nearly 40,000 people each and every day at the moment are catching it and testing positive for it AND there's probably two or three times that number who have it and either don't know they have it OR they are keeping quiet about it!

If people are stupid enough to flout the rules and get sick and pass it on to their loved ones - their kids or grand parents say, then panic buying fuel and filling the car up 'just in case' they need to go somewhere is absolutely nothing in comparison.

It's not confined to the youngsters either, I was chatting to a bloke older than me yesterday who was bitching that everywhere he had gone that day had sold out of petrol.

Nothing wrong in that you may think but this bloke cycles EVERYWHERE!

I asked him why he needed petrol, was he going off somewhere perhaps.

I bet he still will have the same full tank this time next year!

One thing this bloke is though, he's an avid follower of social media, believes everything he reads on there!

People are sheep these days, selfish and stupid.

As long as they are ok - sod everyone else!

We didn't run out of toilet rolls when everybody panic bought loads of them just for themselves and sod anybody else and we won't run out of petrol no matter how many people now have full tanks 'just in case', whilst continuing to work from home and have home deliveries of shopping and takeaways, whilst their cars are parked up on their drives for days on end (apart from the half mile round trip school runs).

We get what we deserve they say...

...I'm not sure what bad things I must have done to deserve all the madness, selfishness and lack of respect to anyone else that I see going on around me every day, these days?

People are indeed bellends, although a lot of the daily cases are secondary school kids - my nephew's school start the vaccine rollout at their school next Monday so it'll probably be the same across the country. Hopefully the daily cases will start to drop soon.

It is heartening to see the people in hospital drop considerably this week though.

Natasha Whittam wrote:People are indeed bellends, although a lot of the daily cases are secondary school kids - my nephew's school start the vaccine rollout at their school next Monday so it'll probably be the same across the country. Hopefully the daily cases will start to drop soon.

It is heartening to see the people in hospital drop considerably this week though.

Yes the jabs are doing the job.

Universities have gone back now so I would imagine they'll be passing it amongst themselves and this is an age group that I think something like a third have decided not to have the jab - so I'm not too hopeful that  case numbers will drop significantly until November at the earliest.

Looks though that the worst in terms of hospitalisation and deaths are behind us now.

My point earlier really was that there isn't a community spirit as such any more and now it is an every man for himself attitude that prevails.

If I've got loads of loo rolls and you have non - so what, that's your problem - similarly if my car has a full tank now and I'm not planning on going anywhere and you can't find a garage open and you use your car to get to work - well catch a bus instead!

I just don't get the dog in the manger attitude folks seem to have these days?

Natasha Whittam wrote:
Why are people so stupid?

This is exactly why I thought it would happen when I started the thread. It's not because there's an actual shortage - although panic buying does lead to short-term shortages - but because the British "people" can't see it.
There is a critical mass of Brits who are selfish, insecure, jealous and potentially spiteful enough to give zero f***s about their neighbours whether it's the bloke next door or our friends across the water - a rabble that descends into "every man for themselves" at the drop of a hat - or rumour.
"National pride" is a joke. Yes we love to be British when someone representing the nation succeeds at something but as soon as there's a run on bog rolls any sense of the national collective is dropped faster than Boris's next clanger and it's straight into me, me, me. We judge others by our own "high moral standards" only to find that we have none in reality.
And that sad state of affairs is exacerbated by a Government that immediately goes out of the way to promote the "Don't Panic" message at every available opportunity. How dumb is that?
It's like "I wasn't going to panic until you started banging on about it".
Statesmen my arse.

Business Secretary Kwarteng* has just admitted that the Army are training up tanker drivers as a "precautionary measure", so clearly the idea of bringing in the Army is not off the table as previously claimed.
Simultaneously, the price of petrol has gone up since Friday as some retailers are taking advantage of the situation which will further fuel (sic) our rapidly rising inflation.

* I'm still gobsmacked that this right wing idiot was given the top business and industry job in government. He has NEVER worked in business or industry and is a journalist by trade.

Perhaps his appointment has something to do with the fact that he is an ardent Brexiteer, once appeared on University Challenge and was shagging Amber Rudd for a few years?

Re: Will panic buying make a comeback?

» The Fat, Old & Very Young Should Panic Now
» Should Buying Sex Be Legal?
» Neil Lennon: Bolton Wanderers can't panic
» Adele - Who Is Buying This Shit?
» Be Careful When Buying Bacon and Beer