Is crypto a pyramid scheme?

If you had 10k to invest then what would you do?

Invest in my new news gathering empire. I smell money.

And Other Headlines
by Boncey

Biggie wrote:
If you had 10k to invest then what would you do?

I tend to play safe these days and average 6.5% p.a. over the long term but if you like a punt have a look at a spread of "penny stocks" - investment in small companies and start ups with minute share values and most do nothing but you only need one to take off to hit the jackpot- and with £10k you can invest in hundreds.
Big risk but big rewards. Check out this trader's tips for this month to get a feel for it.

PS: have a look at penny stocks in renewables and green technologies as an option.

6.5%
Is that considered decent?
I dont have ten k but was just curious.
Does anyone have any bitcoin?

Biggie wrote:6.5%
Is that considered decent?
I dont have ten k but was just curious.
Does anyone have any bitcoin?

About average for a long term rock solid investment portfolio with low risk - at least it is these days. Pretty much anything is better than leaving it the bank. Bitcoin is OK but it's a ship that sailed a while back and tends to be volatile and timing is everything - it fell sharply a while back but has now recovered so if you'd bought in when the price was low....
You could gamble on housing for example. My generation did OK out of buy to let with the mortgage being paid by tenants and leaving you with a saleable asset or a steady income when it's paid off. But tax is a big factor and being a landlord can be hard work.
Safest way is to go pension or better still a unit trust that automatically transfers into ISAs annually which you can then draw down tax free when you need it e.g. when you're retired like me.

I think they should teach this kind of thing at school.
Most of what you just said is above my head and yet it's so important.
Come to think of it, at school, you don't get taught anything about credit, loans, tax, national insurance, banking, housing, mortgages, investing.

Biggie wrote:I think they should teach this kind of thing at school.
Most of what you just said is above my head and yet it's so important.
Come to think of it, at school, you don't get taught anything about credit, loans, tax, national insurance, banking, housing, mortgages, investing.

The main thing is that all investing is a gamble. Even pension funds gamble with your money and some lose it - so it's about carefully weighing up your personal situation, how risk averse you are, how much you can or can't afford to lose the money you want to invest and how patient you can afford to be in waiting for a return (at least that's what my financial adviser would say).

You are 100% right that finance, and particularly personal finance should be taught in school as it affects everyone.
In this country, the effects of having debt are partially ameliorated as the law is generally kind on people and sometimes debt is written off - but in the real world and throughout history bad debt means you lose everything and/or get even deeper into to debt trying to pay it off.

Kids need to know what they're getting into because there are no quick fixes and not everyone is a lottery winner so the focus needs to be on the many not the few lucky ones.

It should, most certainly be taught in schools. I feel pretty confident when discussing politics, the arts, sport, science, and yet, when it comes to finance, I sit in the corner, sucking my thumb, hoping it will all go away, or someone else will deal with it.
To compound the situation, when, faced with other difficulties, such as computer or DIY issues for instance, I'm quite willing to put my learning head on.
Not so with finance. It's my mouse. 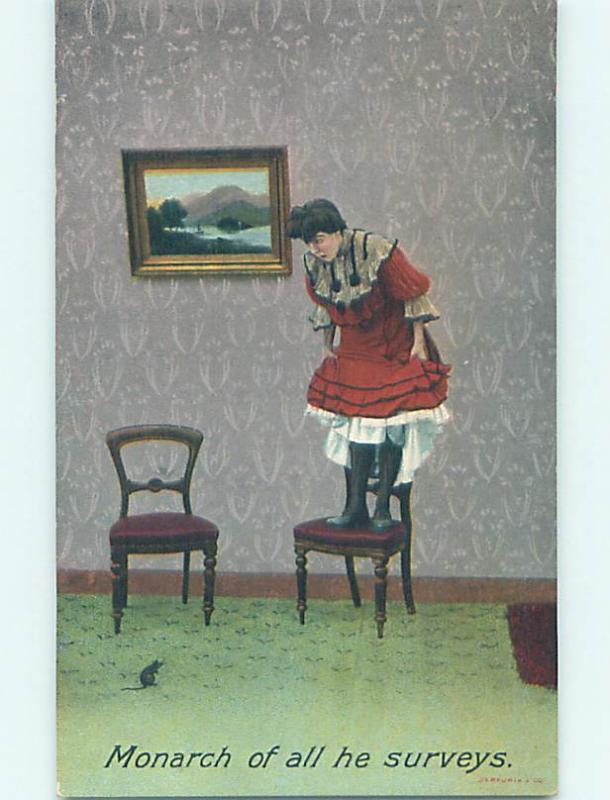 I think you probably need to be realistic.

All this fuss about free school meals and feeding children in the school holidays suggests to me that many family's don't have any money to spare to feed their own kids let alone a need for schools to teach their kids about money and invesments.

It's also a world where people 'want' and 'need' to have the latest phones, or fashion, were they think nothing of throwing stuff away rather than mend or make do - it's a consumer lead environment we live in - "spend, spend, spend!" as Vivian Nicholson once famously said when she won the pools.

Add to that you have to take in account that finance requires numeracy and for some reason a fair few children don't seem to grasp that (I had/still have problems with literacy - so I guess it is one of those things that either comes easy to you or becomes a challenge to you that you shy away from - sounds like Bonce maybe one of those from what he says above?).

So it is easy to say all kids should be taught about investment (I would generalise that to 'money') at school but in reality I don't think many would find it relevant to the world and social environment that they and their family live in - perhaps a more relevant subject would be teaching them what benefits they and their family are entitled to - in order to get the money they should be getting now.

I learned about money from my parents.

I learned that they didn't have much but they always saved up for their bills and were never in debt (no one ever came knocking on our door for money).  I learned that if we wanted something like a holiday for instance, they always put money aside and saved up for it, if they could not afford to pay for it we never had it, short of it being an emergency.  I learned to save, my dad gave me weekly pocket money but I had to put a set part of it in a GPO piggy bank and when it became full I had to take it to the post office, where it was unlocked, and put in to my savings account.

Small things and all that but it gave me a grounding about how hard it was to earn money and how easy it was to spend it, from the start.

Is that common these days, I don't know?

Seems with all the credit boom, pay day loan companies and demand for foodbanks and free school meals that maybe many aren't shown anything about money management let alone there being a need for investment training lessons in school?

Maybe I'm outdated these days but I believe most learning starts from watching from being born how your mum and dad live their lives, and you simply follow in their footsteps and beliefs.  By all means teach kids about money and investments in school but I simply don't think that it would be relevant, or interest, or even within the numerical capability of many of them.

Probably better to do so in the later school years as an option for those who it would be relevant to, to study and perhaps lead towards some sort of financial career.