'Personal decision': Wanderers will not impose vaccinations on players 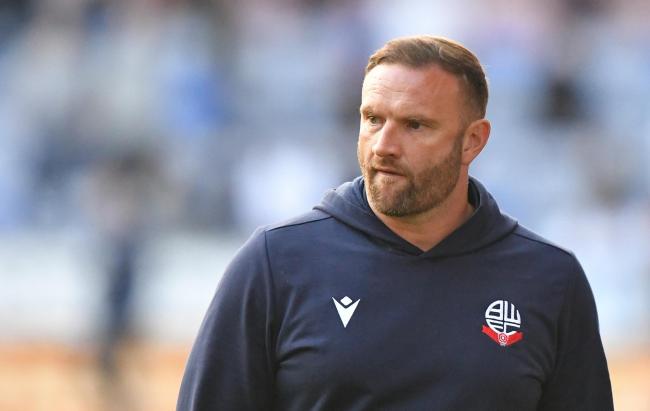 Wanderers will not impose double Covid vaccinations on their players, manager Ian Evatt has revealed.

Despite seeing the club’s pre-season preparations interrupted significantly by self-isolations and illness related to coronavirus, the Bolton boss says he was happy to trust his squad to make the right decision on whether to get double jabbed.

All but six of the current Wanderers first team dressing room are aged under 30 and have been eligible for their first jab since June.

Evatt says there are no plans for the club to make double vaccination mandatory among staff.

“We can give them all the data and information but at the end of the day it is a personal decision,” he said.

“It is always a choice. We live in a free world. So, the players have been given a choice and if they took it, they took it, if they haven’t, they haven’t – we adapt and overcome either way. But they will have my support regardless.

“People with double vaccinations in the summer still got it and were still ill, so it doesn’t necessarily mean if you are double vaccinated that you are not going to get it or be poorly – but it might save your life. That’s the difference, and it comes down again to personal choice.”

In a week where England’s cricket Test match against India was postponed just hours before it began because of Covid cases, concerns over what effect the virus could yet have on the football calendar this winter are rife.

The scale of the hesitancy was exposed in research by The Telegraph last week, which revealed that almost a third of footballers in the EFL have no plans to get jabbed.

The study, which took data from 72 member clubs outside the top-flight including Wanderers, found that only 70 per cent of players had received at least one dose of vaccine or were intending to get one.

The majority of Premier League clubs have refused to supply data on players’ vaccinations but chief executive Richard Masters recently linked up with deputy chief medical officer Jonathan Van-Tam to circulate a video among clubs to clear up some misinformation in the hope it could encourage more younger players to step forward, reducing risk of any further Covid-related setbacks later this season.

Newcastle United boss Steve Bruce admitted last month that many of his players had been put off having the jabs because of online “conspiracy theories” which had circulated among the squad.

“We’ve got a lot of players who haven’t had the jab,” he said. “It’s their prerogative. We’ve had two or three players really sick with Covid here and Karl Darlow spent the best part of a week in hospital with it, so we’ve seen the severity of it first-hand. But there are a lot of conspiracy theories out there.