TEAM NEWS: Boost on Isgrove plus changes afoot for Wanderers at Charlton

TEAM NEWS: Boost on Isgrove plus changes afoot for Wanderers at Charlton Tue Sep 28, 2021 9:21 am 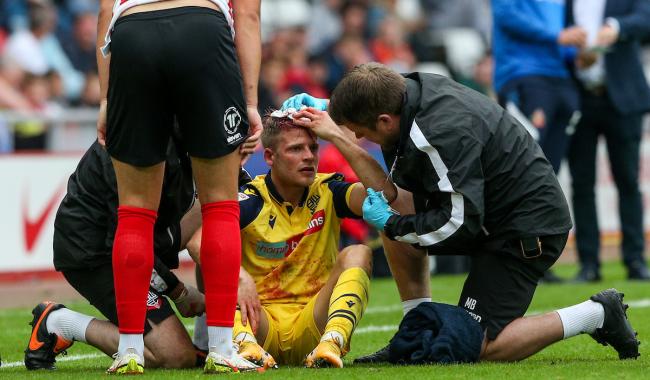 Lloyd Isgrove will miss tomorrow night’s game at Charlton Athletic – but could return against Shrewsbury Town this weekend.

The winger had six stitches in a head wound sustained at Sunderland, and it was feared he would be ruled out for a mandatory 10 days by the EFL’s concussion protocol.

But Ian Evatt confirmed this morning that Isgrove should be available by the weekend.

“Lloyd will miss tomorrow, not because of concussion but because of the extent of the wound and where it is,” he said.

“If he had to head the ball tomorrow night where it is situated, it could easily come open again and we’d have problems then so he will be unavailable probably until Saturday so other than that, we’re okay.”

Evatt is planning changes at the Valley to keep his side fresh but will make his final decision on the way to the game after checking on players’ condition in their final training session at Lostock.

“We are looking at changes and it’s the nature of the games as well, it’s not just the travelling and there’s obviously two long journeys in there, but also the level of game,” he said.

“Saturday was a high level, high intensity game and takes a lot out of you physically, so it’s a lot to ask the same XI to go to the well again, so we’re looking at things and we’ll make a decision on that depending on how they are physically this morning. We’ll monitor the physical data and see where we’re at, but there’s every chance we might a couple of changes.”

Isgrove’s absence will mean a first league start for Elias Kachunga on the right side of attack.

“Obviously we’re going to miss him because we are lacking options at the top end of the pitch at the moment with Bakayoko’s injury and Amaechi’s injury and now Izzy being out for Tuesday, we’re limited in our options.

“Lloyd is a player that we all love, his work ethic and the fans love him for that and we do and he’s going to be a miss.

“But when someone steps out of the team, because of injury then it’s someone else’s opportunity. Someone has to step in and take that opportunity and make that shirt their own, so that will happen tomorrow night.

“We’re limited in options so Kacha will come in and Kacha has an opportunity to stake his claim to start on Saturday.”