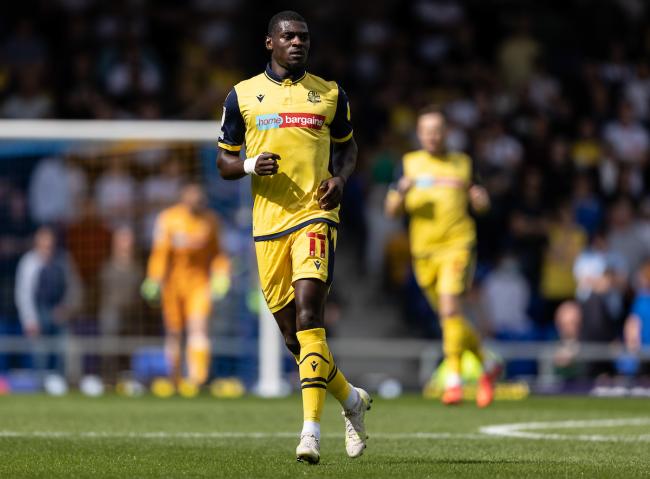 Amadou Bakayoko could play some part against Shrewsbury Town after pushing ahead of schedule in his return from a calf injury.

The striker has been out of action since the win at Lincoln City but has looked sharp enough in training this week to make Ian Evatt consider him for Saturday’s game at the UniBol.

“Things are looking good,” he said. “Baka has joined in today and looked like he’s not been away, which is very pleasing.

“Baka has surprised me, there was no rustiness there and if you ask him if you want to be involved on Saturday and do you feel like you’re ready, obviously the answer was definitely yes.

“That’s the kind of kid he is. We’ll see how he gets on tomorrow and see if there’s any reaction, but hopefully he’ll play some part on Saturday.”

Lloyd Isgrove could also be in the squad despite still baring the scars of the head wound he sustained in action at Sunderland.

Elias Kachunga replaced him in the midweek win at Charlton but Evatt said he could bring Isgrove back in if necessary.

“The cut is obviously still there and nasty but he’s available again,” he added.

More good news is on the horizon for Xavier Amaechi, who has not played a minute of competitive football for Wanderers since his loan move from Hamburg in the summer.

The former Arsenal winger fractured his foot in a pre-season friendly against Preston North End but is now closing in on a return to the training ground.

“He’s actually had the all-clear to be full running on the Alter G, which is not obviously 100 per cent body weight as yet, but it’s a step in the right direction,” Evatt explained.

“But he’ll be back on the grass probably the middle of next week. We’re hoping to have him back with us at the end of October.”