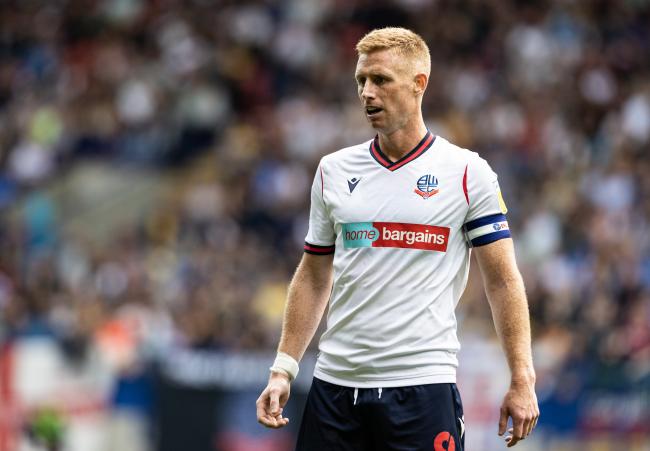 Wanderers forward Eoin Doyle is thrilled to be back in the goals after scoring in successive matches for the first time this season.

However, he had gone nine games without a goal before getting on the scoresheet in the 3-0 win at Rochdale last week.

The Irishman was also on target against Stockport County over the weekend, taking his total for the season up to six.

And he is hopeful that the goals will continue to flow in the coming weeks as Wanderers aim to climb the League One table.

“I was on a barren spell there and missed some big, big chances, especially in the big games,” said the forward. “I am glad I can put that behind me.

“I have been through them in the past, and it’s usually feast or famine with me. Hopefully it is feast time now.

“It’s a case of turning up and keeping going, you can’t force it. I enjoy it, this is a great attacking team to play in.”

The Whites are without a win in their last five league matches but Doyle insists there have been encouraging signs in recent performances.

The Irishman is confident they have what it takes to bounce back against struggling Crewe on Friday night.

He added: “When you have had a month like us, every game is important for confidence.

"We applied ourselves right on Tuesday and there has been good rotation in the squad.

“Had it not been for two mistakes it would have been a comfortable win (against Stockport) so I think there’s a feeling there we have turned a bit of a corner.”