Whyte has been unlucky in the sense he is one of the very best heavyweights about but has been denied his shot at a tittle.

I doubt he will beat Fury but I don't rule out his chances altogether.

Seems Tyson has slimmed down a bit for this fight so it looks as though he intends to box rather than to bully and brawl.

Whyte has a big punch but we know Fury has a good chin and has taken Wilders best shots and still wet on to beat him, twice.

It would expect Tyson to put on a masterclass and completely outbox Dillian but if Whyte can land a big one and put Fury down, then maybe there might be a big upset on the night?

Tyson for me with a comprehensive unanimous points decision - but I've been wrong before!

Tyson for me too, knock out round 8

Whyte has a punchers chance, but to tell you the truth, I'm not really bothered about it.

One of the lads I played footie with last night was telling me in the pub after that he's paid something like £480 for a first tier seat for this - imagine if it's all over in one round!
Also reckons the undercard is crap AND he's missing Norwich's home game v Newcastle but he doesn't care as he's a big Fury fan.

Fury stops Whyte in round 6. 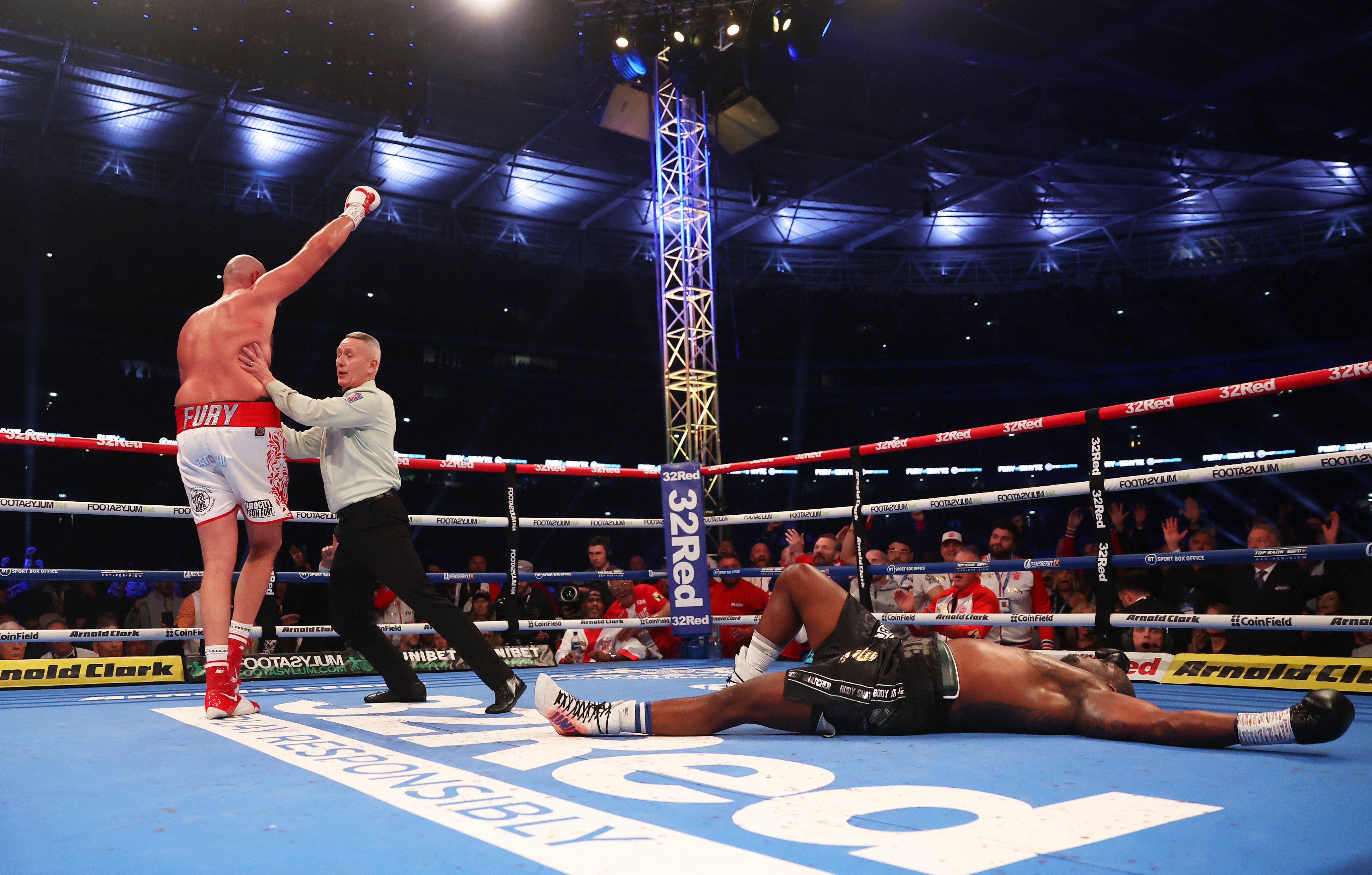 Wasn't much of a contest really Tyson was in control all the way through.

What an uppercut to finish the fight though!

...set up by some good high jabs to get him to raise his guard....one advantage a taller fighter has.