Does Preseason Training really matter that much???

Admin
Posts : 21562
Join date : 2011-12-29
Often I hear the likes of Evatt talk about the importance of having a good preseason and of course it helps assess the fitness of players and the bonding of new signings and you can try a few drills out against 'friendly' competition but is it really anymore than that in reality?

It's not like a friendly with Huddersfield or Chorley or whoever amounts to much really and I'm old enough to remember we've had some really good preseasons results wise then started dreadfully in the league thereafter.

I never used to bother going to preseason matches once I realised they were just a glorified kickabout on the park.

Even when we play a lower team and they do take the game seriously, then look how injury's - Lee Chung-Young against Newport for instance - ruin's whatever little bit of any good we might have got out of them.

The thing that gets me most is when the likes of Evatt says something like 'the lad missed preseason so he's got a lot of catching up to do to get match fit'.  Isn't preseason roughly a month long, if so why can these players who missed preseason not get match fit after a month at any other time in the season?

Does anybody really care about what results we get during preseason? 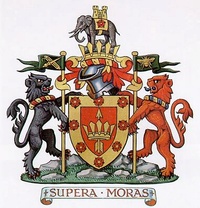 Posts : 10
Join date : 2022-06-14
It's hard to know in interviews where clichés end and insightful comments begin. Sometimes I think managers say things just because they have to think of something to say. It's their job to be a good manager and coach. Of course media duties come into that, but it's not their bread and butter. And I reckon most of the time they just want it to be over. Unless you're Keith Hill who seemed to love to ramble on for a good 10 minutes.

I think part of the excuse of 'missing pre-season' is to protect the player. Sometimes players come in like Fossey having had no preparation and hit the ground running. And sometimes players come in like Kachunga and need a bit of time to get up to speed. So I think it's just the manager having the player's back either way, whether they're in good or bad form. Sometimes they have to bend the truth slightly when they're put on the spot in an interview.

I agree with you Sluffy though that pre-season is generally just a fitness thing and any results don't have any real bearing on how the season will go. I do think taking the players away to Portugal is a good idea. Always nice to experience a different environment and let the players be in contact with each other for much longer than they'd normally be. I think that can only be a good thing for their relationships with each other. And on a general note I think it's indicative of our progress as a club. In L2 our pre-season was at Loughborough, no disrespect to them but Portugal is a bit more glamorous.

Posts : 22100
Join date : 2012-01-12
For players, preseason has to be good for fitness, drilling tactics and familiarity into new team members, trying out new partnerships and new approaches etc. Anything new and it's better trying it out when there are no points at stake.
For managers it's an opportunity to see where everyone is at after the break and how new players fit in and what they can offer which gives the opportunity to try new stuff.
Obviously the results don't matter but it's important in other ways.

Re: Does Preseason Training really matter that much???

» The Statistics that matter...or not
» Does Age Matter In Relationships?
» Does it matter what colour Cheddar Man was?
» Coyle's job is safe no matter what - Gartside
» Size Doesn't Matter - Insane Skills