The Referee in charge for this game will be Richard Clark which will also include Steven Copeland and Robert Jones as the linesmen and the fourth official will be Nigel Miller.

We have now lost 2 games on the trot, 0-1 loss against Huddersfield at home and a 1-0 loss away at Middlesbrough.

How do you think we will do?

Do you feel it will be another loss or do you think we will manage to get a win?

Having gained promotion to the Championship after winning the League One title last season, Doncaster Rovers' main priority this season will undoubtedly be to secure their status in the second tier of English football come May next year.

A side which have prided themselves on their attacking prowess, Paul Dickov and his players have experienced an inconsistent start to life in the Championship having accumulated 20 points from their 18 games so far to leave them residing in 15th position in the league standings.

They have however recorded a number of impressive results against two of the league’s early pace setters, with victories over Queens Park Rangers and Leicester City reinforcing Rovers’ reputation as a force to be reckoned with.

Having picked up five wins and four draws so far this season, the South Yorkshire outfit have struggled for consistency in the opening months, suffering nine defeats - four of which have come on their travels.

With Dickov now in his first full term in the Doncaster hot seat after joining the club in May to replace Brian Flynn who moved into the position of director of football at the club, the former Leicester City and Manchester City striker certainly put his mark on the team during the summer months.

Following his arrival, Dickov moved to strengthen his squad with the arrival of highly rated striker Federico Macheda and experienced goalkeeper Ross Turnbull amongst others – the latter of which has three goals already to his name following his move from Manchester United.

Having secured a hard-earned point away at Birmingham City on Tuesday evening, Doncaster make their first ever trip to the Reebok Stadium with hopes of securing what would only be their second win on the road this season.

Wanderers however will no doubt be determined to bounce back from two disappointing results against Middlesbrough & Huddersfield this week and get themselves back to winning ways.

[You must be registered and logged in to see this link.] wrote:Bolton 3 Donny 0

Your act is becoming tiresome RT, being the site WUM doesn't suit you. 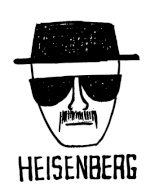 [You must be registered and logged in to see this link.] wrote:

[You must be registered and logged in to see this link.] wrote:Bolton 3 Donny 0

Your act is becoming tiresome RT, being the site WUM doesn't suit you.

1st goal after 85 mins, donnys 48th shot goes in, we then FINALLY venture in to donnys half, zat knight hoofs the ball back to the opposition for the 109th time that game and we get done in the 90th min with the 2nd...

Posts : 17325
Join date : 2012-01-12
We pretty much know what to expect from our lads unless Dougie changes the habits of a lifetime so for me the result depends on which Doncaster team turns up - the hot tamales that beat QPR and Leicester or the cold gazpachos that got trounced by Boro and Brighton.

Posts : 6544
Join date : 2012-01-06
Age : 30
Location : Bolton
Knight isn't our biggest problem at the moment, the defence has been quite solid recently but we're so poor at moving the ball forward that everytime we lump the ball forward to beckford it's always coming back at us as he never wins the ball.

Hence why so much pressure is put on our back 4.

Until we learn to keep the ball for longer than 20 seconds or move it forward with purpose we're going to be needing at least 2/3 goals to win most matches.

Guest
I'd imagine Doncaster will be well up for a game like this, I have no idea what to expect to be honest. Dougie can't afford to draw/lose this, it may be time to go 2 up front again to see if we can get anything going.

Dougie's team will be:

Fuck knows, but there will be very little shape or clear tactics or people playing in position - I'd have a guess at the following:

I'm seeing a weakness in the air at the centre of defence for Dougie's team.

Posts : 17325
Join date : 2012-01-12
Every week we hope that the team will perform to their perceived ability and hence the favourable predictions despite the reality of our actual performances.
These are ideal scenarios rather than calculated predictions based on analysis of both teams, so they are bound to be skewed.
Ideal scenario: 4 or 5 - nil
Carefully considered prediction: 1 - 1
Surprise me.

Posts : 4943
Join date : 2012-01-06
Age : 28
Location : Halliwell
I think Dougie sees it that our current best player isn't suited to a 4-4-2, involving two wide players. Would Danns have the freedom to do what he's been doing with just one of Spearing or Medo with him in the centre? It's a risk I'd be more than willing to take.


is the team I wish we would see tomorrow.

Posts : 17325
Join date : 2012-01-12
I'd like to see just one holding player too, but it failed last time we tried it and I suspect Dougie is reticent to go there again. Palace fans were saying he's defensively-minded (which is surprising as Dougie was a striker) Our defence was a leaky sieve which Dougie plugged but at some point the defence will have to man up and get by with a little less cover so we have a reasonable attacking platform - which just isn't there at the moment.

Posts : 1675
Join date : 2012-02-03
Location : Culcheth
If we're losing to the mighty Doncaster Rovers in injury time, I think I'll do one. I think everybody in Culcheth will hear the boos at the final whistle if we lose.

I can't imagine what the atmosphere will be like if we go an early goal down tomorrow.

[You must be registered and logged in to see this link.] wrote:Anyone know what the half time entertainment is tomorrow ?

Chairman Gartside is going to perform the Lambada with Hyacinth Bucket.