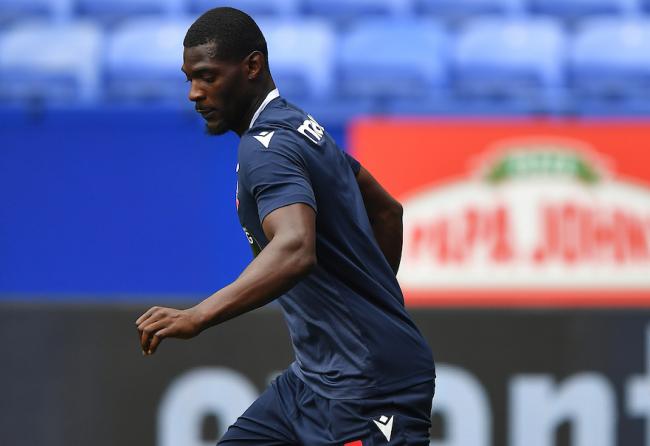 Ian Evatt believes Amadou Bakayoko has what it takes to become a terrace favourite at Wanderers.

The summer signing has made an encouraging start in a Whites shirt, leading the line in Eoin Doyle’s absence and grabbing a pre-season goal at Longridge Town.

It looks likely he will be front and centre again on Saturday for the visit of MK Dons, as Doyle continues to battle his way back to full fitness after Covid illness.

Although Bakayoko’s strike rate has been called into question by some Wanderers supporters – Evatt is confident the former Coventry City man can profit in his team and win people over with his work-rate.

“He’s absolutely what we needed to bring in,” the Bolton boss said. “We needed something different and Baka is going to be a big player for us this season.

“I think the fans are really going to take to him because of how he works hard for the team, puts himself around, chases things down.

“It was great to hear some of the 50-50 challenges on Saturday. The noise that the ball makes and then the crowd bounce off it, they feed off it. That is fantastic and I have missed it.”

Evatt saw signs in the second half against Blackburn at the weekend that some of his players still have fitness work to do this summer – and that might mean the team that starts this weekend is not the one many would have predicted a few weeks ago.

“We have got good options pretty much everywhere, and Baka is one of them,” he said.

“The difference in that second half was that we were fatiguing. When teams do that the distance between the front line and the back line becomes too big and then we can’t dominate the second balls and get the controlled possession we want.”

Evatt believes the problem will be rectified quickly once the season gets underway.

“It is just a fitness thing,” he added. “We know that, and we’ll improve and once we keep the lines compact, we can then become wave after wave of attack and dominate the ball. We didn’t really do that very well the last half an hour against Blackburn but that’s purely because of players fatiguing and the number of changes we made.”