'Come back and earn it!' - Evatt throws down challenge to loan star Darcy 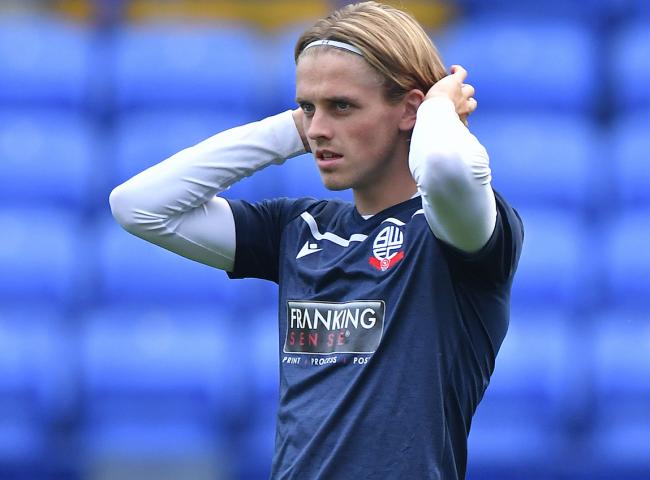 Ronan Darcy will arrive back at Wanderers next month with a point to prove, admits Ian Evatt.

The midfielder was loaned out to Sogndal to get regular football but has had somewhat of a rollercoaster ride in Norway.

After issues with his working visa initially delayed the deal, Darcy was also on the pitch during a game against Stuerdals-Blink in which his team-mate, Emil Palsson, went into cardiac arrest.

In all, Darcy has only featured six times for his loan club but despite encountering difficulties, Evatt believes the move away from Bolton can be beneficial.

“I spoke to him a week or so ago,” said the Wanderers boss. “He obviously had an unfortunate incident where one of his players, quite close to him, collapsed on the pitch and was taken to hospital with a serious heart condition.

“For a young player to witness that, it can be difficult. But it speaks volume to Ronan’s character that he’s taken on the challenge of being in a foreign country away from his parents, away from his family and focusing solely on his football. We’re looking forward to getting him back.

“He needs to play regular football so we’ll get Ronan back and see where he’s at, and we will make a decision on it.

"Fortunately for Ronan at the moment we are one lighter with Sarce (Antoni Sarcevic) leaving in that position, which could open up a spot for him. But again he’s got to come back and earn it.”

Dennis Politic has worked his way into Darrell Clarke’s side at Port Vale, who are chasing for promotion in League Two.

The 21-year-old has made eight appearances in all and can be recalled in January if Evatt so wishes.

Unlike Darcy, Politic did not sign a new contract before heading out on loan, and Evatt says there has been no progress in convincing the former Manchester United trainee to stay beyond the summer.

“I don’t think we’ve had any further dialogue with Dennis or his agent. As I said, we made him an offer,” he said. “That offer was politely declined so for now we’ll play it by ear and see how things develop.”

Although Darcy and Politic have not found the regular starts he would have hoped, Evatt says he would never try to influence a loan club to select his players.

“We can provide these loans for players but I will never expect to pick a manager’s team for them,” he said. “The players have to go and earn the right to be in the team and I’d expect the same here.

“If a club demanded a loan player to play every game then it would be a firm no, we wouldn’t take them in the first place because players have to earn the right to get in football teams.”