Dodgy deals at the Town Hall

Now i haven't lived in Bolton for 9 years and can only go off what i read in the BN but Councillor Morris seems to have a lot of enemies but is he as bad as he seems?

I just can't believe that he has gone and done this and he must be taking back handers from some of these completely bizarre decisions, in my opinion.

He really is looking like a bent bastard and he is arrogant with it asking to have an investigation into it.

I really hope they find something that sticks on old fatty.

Just think of how our town could have benefited from the £300k he has given away just like that.

Bread2.0 wrote:Ask your mother about Morris.

Did he still have dealings with the Coaching House up till the end? If he did then he did play a big part in what has happened to my Mum. She's not been the same since she was treated so appallingly by that place

Posts : 1894
Join date : 2016-08-19
I'm not sure if he was involved at the end but I would imagine that he was probably still involved when Peter Clarke sold his share of the business to some chancer who decided to run the place into the ground and then flog it on to a property developer.

(Cloth'ead probably sold up at the same time, I would imagine.)

And whilst I have no proof of this, it does seem convenient that the business was sold to a third party who then immediately started looking at running the place down before flogging it on to a developer without planning permission.

Planning permission which was then granted fairly swiftly by BMBC, despite the area being designated green / brown belt and the building itself having listed status.

Oh yeah, one of the co-owners of the Coaching House, that's right....

Posts : 3073
Join date : 2013-10-04
Age : 58
I think it runs deeper than that because it is Peter Emerson Jones who did the development and he is now pushing some through at the Last Drop, he seems to get whatever he wants in terms of planning permission.
The Last Drop one particularly will cause a lot of problems, it is absolutely jammed every morning because there is only one route out and traffic getting out of Hospital Road is often bottle necked because people don't leave space for traffic coming out.
Add another 90 odd homes to that equation and it can lead to nothing but chaos.
It , would be interested to know how much of Bolton he actually owns now through Jones Homes and Orbit (who own all the Middlebrook)

Bolton's Labour councillors will be asked to publicly state whether they agree with a decision to award Asons solicitors £300,000.

A motion, put forward by Conservative leader Cllr David Greenhalgh will ask for a named vote on whether members present at a meeting of the full council next Wednesday are in favour of the council handing the law firm the grant to help with its move to Newspaper House in Churchgate.

The decision, which was taken in September and signed off at a meeting this month, has caused anger and concern.

Cllr Greenhalgh’s motion will state: “This council disagrees and disapproves with the decision made by the leader of this council, made under Emergency Powers, to award a grant of £300,000 to Asons Solicitors towards refurbishment and occupation of their offices at 40 Churchgate, and agrees to issue a public statement to the residents of Bolton stating thus.”

He will then call for a named vote — which will mean each elected member present in the town hall will have to state whether they are in favour or against his request.

Explaining his motion, the Tory leader said: “We simply want to know if this is a decision that has been supported by the whole of the Labour group, we want to know if he is being backed up by his own councillors.”

The Heaton and Lostock Cllr writes: “Councillor Morris has completely lost the trust of the public and surely his position as leader of the council is now untenable. I call on Councillor Morris to do the honourable thing and resign.”

The Tory group have also raised questions about the current state of Asons finances.

The accounts also indicate that the firm was the subject of a claim by HMRC which, if successful, could result in an amount payable of £300,000.

Westhoughton North and Chew Moor Cllr Martyn Cox, who runs a business himself, said: “We can also see from the accounts that in October the company’s auditors resigned. If you add that to a company that made nearly £1 million in losses in the previous financial year and then the £300,000 HMRC issue — it doesn’t look very good.

“There is enough evidence there to suggest that it is not a good idea to hand them £300,000 of taxpayers money.”

The Bolton News has received no evidence linking the £300,000 referenced in relation to HMRC tax issues and the same figure that was handed over by the council for building development costs.

Both the council and Asons have maintained that the grant issued by the authority was strictly to pay for the development costs associated with the firm’s move from Bark Street to Newspaper House.

Council leader Cliff Morris has moved to reassure the public regarding the awarding of the grant by ordering an independent audit of the decision that was taken.

While neither the council or Asons have issued further statements on the issue since last week, The Bolton News understands that both are preparing responses, which may coincide with the council meeting at the town hall next Wednesday.

karlypants wrote:Just look at his smug face for fuck sake!

He always reminds me of Peter Griffin. 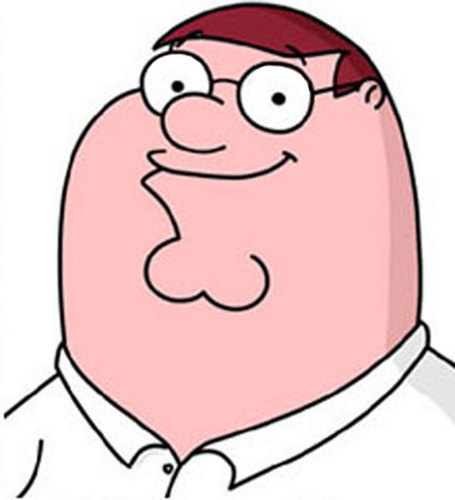 Bosses at under fire law firm Asons believe they are the victim of a ‘smear campaign’ and have stated that ‘politics and racism have no place in business.’

Asons has been at the centre of controversy ever since The Bolton News revealed that the firm had secretly received a grant of £300,000 from Bolton Council to help with its move to a new office in Churchgate.

Since that revelation, other Bolton-based law firms have hit out at the decision, with some even calling for Asons bosses to give the cash back.

After a period of silence, Asons has broken its silence, releasing a defiant statement which blasts the comments from other local solicitors as ‘judgemental, sanctimonious and opportunistic.’

A spokesman said: “Our competitors have been assuming the worst, based on limited information, and using social media and comments sections to employ dirty tactics — Asons has been the victim of a smear campaign.

He added: “The personal attacks on Asons’ management are also unwarranted. Politics and racism have no place in business, and sadly, too many people and small law firms are using this grant scheme award as an excuse to push their own agendas.”

The firm has sought to explain the origins of the grant funding, explaining that land it had purchased from the council at Clarence Street — as part of plans for a new £8 million headquarters — reverted back to council ownership after it was not developed within three years.

The spokesman said: “In April 2013, fixed costs were introduced to the legal sector and these reduced legal fees have really affected our industry, made even worse for law firms by the Chancellor’s Autumn Statement 2015 announcement — this changed everything for the practice.

“In November 2015, our lease on our previous offices was due for renewal, and it was a case of relocating or being tied into a new five year lease of premises that no longer suited our needs.”

Asons said that when looking for new premises, the firm had many ‘attractive offers’ but found that Newspaper House in Churchgate was available at auction.

The spokesman added: “Bolton Council has the Bolton Town Centre Business Grant available to help local businesses and Asons had every right to apply for this, as do other Bolton businesses.

The firm said it spent a total of £1.7 million on the building, including £1.1 million purchase fees and a total of £600,000 on refurbishing the interior.

He added: “The Bolton Council business grant is a confidential matter, but a councillor chose to betray that confidence and leaked the details.

“Many other businesses receive the same type of funding and Asons have ploughed this grant back into supporting the Bolton economy by hiring local contractors and suppliers for the refurbishment.”

The firm said it projects it will pay £460,000 in business rates to Bolton Council over the next five years and said its employees put ‘thousands of pounds’ into the Bolton economy.

Asons said it had considered building a games room and roof terrace — a topic of much discussion following news of the grant — but said both ideas were shelved.

The firm — which said it is ‘neither incredibly wealthy, nor in serious financial trouble’ — is now looking forward to the results of the council’s independent audit into the grant, ‘so that the full details can exonerate all parties of any alleged wrong-doing.”

I won't risk going into the many rumours that were circulating about the owners when I was there, but I will say that you wouldn't trust them as far as you could throw them.

Posts : 16385
Join date : 2012-11-30
Age : 50
Location : Burnage, Manchester
it looks like there is going to be a demonstration at the next council meeting to put pressure on Morris to resign. They reckon about 250 will turn up but i bet it's much less, think the number who turned up to protest when Megson was named Manager is more likely

It's being covered in a live blog by (obviously prospective Pulitzer Nominee) Liam Thorp.

"He (Cliff Morris) digs back at Cllr Allen, points out that he was told to step down as the Tory deputy leader a few years back.
I believe this is in reference to a photograph of a gorilla several years back, but I can't be sure about this."

Re: Dodgy deals at the Town Hall