Uefa, the Premier League and UK Prime Minister Boris Johnson have condemned 12 major European clubs, including the 'big six' from England, signing up to a breakaway European Super League.

Uefa said it will use "all measures" possible to stop the "cynical project".

Senior figures at European football's governing body are furious about the proposals.

Whose going to be bothered about the Premier League when the 'big' clubs will be the likes of West Ham, Leicester, Everton and Wolves???

Not many I would expect!

And neither will Sky and it's billions for game coverage.

I suspect massive changes ahead for football in general and the PL clubs who get left behind in particular!

Posted this on my own thread yesterday, so I might as well stick it here.

The format sounds just like the expanded Champions League but obviously the big teams will look to sort out their own TV package so this is all about greed.

It will also mean that the big 6 will have 2 teams i reckon. One to be in the ESL and a sort of reserve team to play in the Premiership which will demean the whole set up. I agree 100% with Neville and the MOTD2 pundits last night, it is just pure greed from foreign owners who don't care about the traditions of our football and care even less about fans.

Norpig wrote:it is just pure greed from foreign owners who don't care about the traditions of our football and care even less about fans.

Completely agree with this.

I've been banging on about this coming for years, but now that it has, I still find it unbelievable.

This is a Gerald Ratner moment. 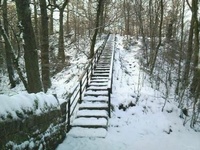 One problem I can see for fans is the away games. Who can afford to travel a few times a year to distant shores to watch their teams? And how much will it cost to buy a player?
And it's half a dozen teams from this country. Surely they can't play Chorley in the cup on  Saturday then fly out for a game on Wednesday then fly back to play Trashmere in another cup match on Tuesday.
It's going to be a very wealthy league. Season tickets thousands of squids and business rates increases of tens of thousands of pounds, if footie clubs pay business rates.
The rest of all the leagues can go hump themselves. Might as well get that popcorn machine I've been promising myself.

Players involved in the European Super League could be banned from ALL UEFA competitions and the World Cup... and could even miss Euro 2020, says UEFA president Aleksander Ceferin

The fans of all 12 clubs need to make their voices heard and tell their clubs that they don't want this. If the clubs then go against their own fanbase then football is well and truly finished. 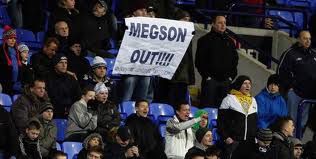 Just read on the BBC website that United's share price has gone up 8.5% on the NY stock exchange. This is what football has become, just a way for already rich people to get even richer

Get that bed sheet out again Nat but wash it this time eh?

Norpig wrote:Just read on the BBC website that United's share price has gone up 8.5% on the NY stock exchange. This is what football has become, just a way for already rich people to get even richer

It's been like that for years mate, certainly since the Premier League was founded.

Does nobody wonder why Americans own Man Utd. Liverpool and Arsenal, a Russian owns Chelsea, and the UAE/China government own City?

If I've counted correctly that is 15 out of the current 20 PL clubs in foreign ownership and even Ashley at Newcastle is desparate to sell to the Saudis.

The others are all here for the money, make no mistake about that.

Broadcast Rights are worth so much that PL clubs don't even need to rely on gate receipts and so attendance by fans simply aren't important to them - hence why if the 'big' clubs do want to breakaway - they will.

As for the players - Pogba wants £500k per week to stay at United NOW - do you think he and others would give that up just to play in the FA Cup or represent their country???

Of course they wouldn't - it's all about the money!

And let's be honest which one of us would turn our back on BWFC if we were one of the big six - we'd be loving it that we'd be one of the biggest names in the world playing Real Madrid and Juve, etc every week rather than the likes of Burnley, Fulham and Brighton, etc.

Money talks - it always has.

As a founder member of the Football League, we passionately believe that football is for the fans.

There is a part of me that wants to see them do it. Burn it all down and start over. A chance to reset is better than a compromise where all the other clubs will still get shafted anyway. Adopt a model like in Germany with smaller TV deals and sensible wages to bring genuine competition back to the game.

Premiership owners, Sluffy? Don't you think they are all really nice people, with nice manners and not a rogue amongst 'em?

Man Utd are ALWAYS the ringleaders