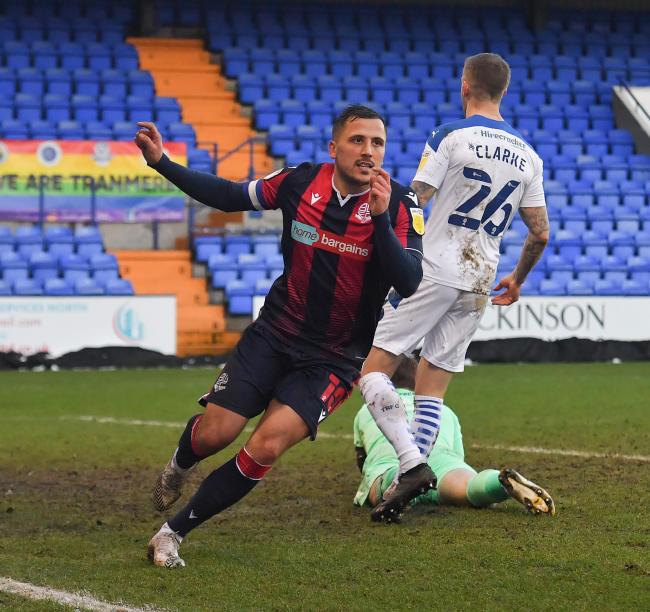 Antoni Sarcevic believes Wanderers fans will see the best of him from day one this season.

After a difficult start at the UniBol, the club captain came good with some inspirational goals and performances in the run-in to lead his side to promotion from League Two.

This time around he is confident there will be no time wasted as Ian Evatt’s squad has a more settled look than it did 12 months ago.

Speaking to The Bolton News, Sarcevic said: “This is a big season for me but I feel ready for it and I’ll be going in firing on all cylinders.

“It isn’t like I feel there’s something to prove, more that there is everything to gain. And that’s getting this club promoted again and being at the forefront of another great season.

“Last season had its ups and downs for me, but it probably did for most people in the squad, but that last few months showed what we were about, what I was about, and I want to show that again next year.”

Sarcevic had to put up with a fair amount of criticism from the Wanderers fanbase during the early months of last season but feels it was only post-January, when Evatt was able to add some extra quality around him, that he was able to showcase his true worth to the team.

“People on the outside will look at results early on last season and draw conclusions,” he said. “And that is understandable.

“You can analyse positions and statistics but they don’t always tell you the whole story.

“Performances come with confidence, with the right players around you, and once those boxes were ticked I think people started to see the best of me.”

Wanderers return for pre-season testing on Friday and will spend a week on the training ground before moving on to a training camp in Scotland.

“The gaffer has brought in players at good ages, lads who want to push themselves, play higher up the league,” he said.

“I think he’s said himself that the group he has carried into next season have that team spirit which took us to promotion, so the lads coming in will really appreciate that, and I think it will lift them again to make a success of themselves.

“The gaffer will have spoken to them, I’m sure, about the standards we set and what they have got to do to come on this journey with us. Some of them will know that having played against us. But most of all we’re excited to get back now.”