Donald Trump for President of the USA

@boltonbonce wrote:Can you imagine the reaction of the Republicans and Fox News, had Obama made that speech?

South Carolina Sen. Lindsey Graham used to be dismissive of Donald Trump—like other Republicans who thought Candidate Trump was a flash in the pan, an aberration to be laughed off or ridiculed. In 2015, Graham appeared on the channel he’s called “fake news,” CNN. “There’s only one way to make America great again,” he said. “Tell Donald Trump to go to hell.”
As Trump’s violent mob descended onto the Capitol on January 6, many of his chief enablers have tried to gaslight their way into back into America’s good graces —including Graham. After Biden’s convincing win in November 2020, Graham was a strident supporter of Trump’s big lie that there was widespread fraud, and became an outspoken attack dog for the president on cable television. “President Trump should not concede,” Graham said in November, before deploying full-blown “push back” and “fight” rhetoric leading up to the insurrection.
But after the violent siege last week, Graham apparently saw the light: “Joe Biden and Kamala Harris are lawfully elected,” he stated on the Senate floor, mere hours after the attack. Just days before, the senator was campaigning in Georgia and encouraging supporters to “send a signal the squad can understand.”
It’s an impressive amount of flagrant, self-serving flip-flopping. And perhaps President Obama said it best in his memoir, released at the end of last year: “Lindsey’s the guy who double-crosses everyone to save his own skin.”

And I'll add, the Republicans need to find cojones... trying to overthrow the government is as bad as it can get for a democracy.

Posts : 19579
Join date : 2012-01-12
Years after the courts first requested them, the Supreme Court - including Trump's own appointees - have finally ordered him to make his tax returns available to the prosecutors.

And so it begins....probably months and years of trying to get the full original information, delays, appeals and whatever tactics are employed to drag it out as long as possible.

Will Trump be long forgotten or have passed away by the time a verdict is arrived at? 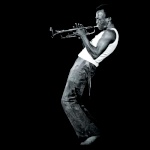 "A CNN poll released this week suggested 70% of Republicans still believe Mr Trump's allegations that President Joe Biden did not legitimately win the election - despite the claims being repeatedly proven to be false".

@Sluffy wrote:You've got to laugh at how stupid people are or you would cry I guess!

"A CNN poll released this week suggested 70% of Republicans still believe Mr Trump's allegations that President Joe Biden did not legitimately win the election - despite the claims being repeatedly proven to be false".

The lunatics are running the asylum.  But the frightening result could be totalitarianism driven by "The Big Lie."   https://www.salon.com/2021/04/11/trumps-big-lie-and-hitlers-is-this-how-americas-slide-into-totalitarianism-begins/

Posts : 1684
Join date : 2012-06-20
And if the hand recounts were not enough, Trump cronies in the Arizona Senate have given the ballots from Maricopa County to a partisan outside firm (with no experience in elections or election counting) for yet another recount.  Trump said yesterday that this will prove that he won the election and that other states will follow suit.  https://www.washingtonpost.com/politics/trump-arizona-recount/2021/04/29/bcd8d832-a798-11eb-bca5-048b2759a489_story.html

And of course, this will go on until someone declares Trump the winner.  Even an insurrection will not stop this man or his followers.

And if we go back to his campaign boast, we have to think this may be the only truth he has told in the past 6 years:  “I could stand in the middle of 5th Avenue and shoot somebody and I wouldn’t lose voters."

Liz Cheney has been one of the few Republicans in Congress who have been a vocal critic of Donald Trump's stance on the US election result and continued to hold him responsible for the riot at the Capitol in January.

But this week her colleagues voted to dismiss her from her senior leadership role.

The BBC's Ros Atkins says Congresswoman Cheney's removal shows how tight a grip the former president still has on the Republican Party.

Here he explains what the move says about the party and its immediate future.

Posts : 19579
Join date : 2012-01-12
Read a story the other day about a former British spy employed by Trump to train women to set "honey traps" to record and film people he didn't trust. Which from what I could gather was pretty much everybody. United Police States of America.

Re: Donald Trump for President of the USA